Being me is a courageous thing

When I was a teen, I was given a book of Khalil Gibran's work. Most of the time I didn't understand what I was reading, but some of the phrases and words made an impression in my mind. He was one of the people who inspired me to write.

I always used to wonder: What's in a word? How can a word make a difference? Over the years, I discovered that the art of writing lies in combining specific words creatively to shape the thoughts of other people.

Words alone don't necessarily make the difference because mood matters. When we communicate with people, they are aware of what we're saying, but there's more to it. The power of communication doesn't always lie in what we say. The power lies in how we say things. Not only in casual conversation, but even on paper we are able to pick up on the mood. It's visible even on screen in the way people comment or make status updates on sites like Facebook or Twitter. They just spontaneously write, whatever they're thinking, with little concern about word choice.

Many people are negatively inspired. Negativity comes naturally and builds up over time because life is full of frustration and irritation, hurdles, and uninspiring events. Suffering especially causes negativity. Who in the world does not suffer? Some people suffer poverty and others battle with their health. Some suffer isolation and others suffer abuse. There are so many forms of suffering. Sometimes we endure different forms of suffering at the same time. Life, then, requires more courage than we realize, and for us to be who we are becomes a courageous thing.
My adult life has been a struggle financially and even though I always thought that this was hard, I never considered how different it could be. About a week ago, I became extremely ill. I visited a doctor at the start of the week and was convinced the medication would work. Two days later, I was bedbound and thinking I was at death's door. I had never felt so ill in my life. At one point I remember thinking: all I want in life is to feel better. I wanted to feel the way I had done prior to becoming ill. I visited another doctor and this time the pills worked. Today, I can't believe I was that ill. What made me ill? Stress. What caused the stress? Negativity.

If I must suffer, which would I prefer: ill-health or financial instability? Surely one form of suffering affects the other. In the end, it's the way we perceive suffering that makes the difference. After all, suffering is a perception. (Pain is inevitable. Suffering is optional. ~ Haruki Murakami.)

I find the placebo effect when I focus on positive things. Reading work like that of Khalil Gibran's or Helen Steiner Rice, in my case, makes a difference. To me, it's all about the power of words and my simple belief that every dark cloud has a silver lining. When I get tired and all the negativity builds up, I lose focus. I stop reading. I stop believing. 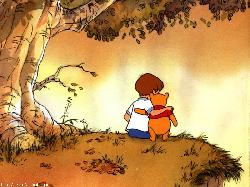 There are so many positive things in life that we fail to see and while negativity blinds us, we have so much power. Our strength lies within. Our thoughts have the power, like words, to shape our days. When life knocks us down, we need to remember these simple words:  "You’re braver than you believe, and stronger than you seem, and smarter than you think." ~ Christopher Robin to Winnie the Pooh.

The purpose of life is not to be happy. It is to be useful, to be honourable, to be compassionate, to have it make some difference that yo...

Karin Erasmus Steyn
Limpopo, South Africa
I'm a retired high school teacher. I used to teach English for Grades 10 - 12. I've written the following novels: 1) Pop-In Jay Pomp (children), 2) Mareijke's Courage (adventure romance), 3) The 6th Commandment: Thou Shalt Not Kill (murder mystery), 4) The Power is Yours (teen motivation), 5) Through the Bark (teen fantasy), and 6) Implicitly (adventure romance). My motto in life is: You are what you constantly think. I live by these words. A person's thoughts have tremendous power: they can inspire, motivate, encourage, disillusion, and destroy. The art of thinking lies in the power of a positive attitude. This is the true weapon to success. I was diagnosed with peripheral neuropathy in 2019, which brought an end to my teaching career. I relocated to the Western Cape in 2022. I love the bushveld where I lived for more than 20 years, but I'm enjoying the change. I'm currently married to Nick Steyn (1988), and we have two children, Jana (1992) and Colin (1997).