About two and a half years ago, I fell. I was trying to potty train my miniature dachshund after he had piddled in the house again. I've been potty training my dogs for years. I catch them red-handed, rub their nose in the spot where they urinated, and say “NO!” in a firm and decisive way. It's a technique I've used for many years and it has always worked for me. I have the authoritative attitude and voice to make it work, so I can honestly boast of having obedient dogs over the years.

Tripping and falling were not part of the training session. (Yes! I scared the pup and he never piddled in the house again, but I won't recommend it to pet-lovers house-training their animals.) 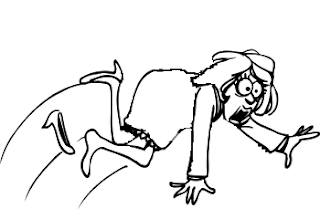 My shoulder suffered a terrible blow that day. I should have gone to a doctor at the time, but I collapsed on my bed with self-pity for my injury instead. As time passed, the shoulder became a constant problem. I forgot about the fall. At some point, I started thinking it was arthritis. I eventually went to a doctor and he sent me to see a specialist (X-rays only show that much and as far as the shoulder is concerned CT or MRI scans prove to be a better choice to check for damage). The ultimate diagnosis would be arthroscopic surgery.

My reaction was to see a second doctor for a second opinion. Fortunately, during the check-up, I remembered the fall. Twelve injections later with anti-inflammatory medication, a lot of subjected pain and rest, and rehabilitation therapy, my shoulder was as good as new. Then, six months later, I managed to injure the shoulder again. (I have to learn not to carry heavy things around or pull and push heavy objects.)

For a year I managed to cope with the pain. The inflammation and the prolonged and persistent pain eventually affected my blood pressure, so I returned to the doctor. After the fifth injection, I started contemplating the possibility of arthroscopic surgery. 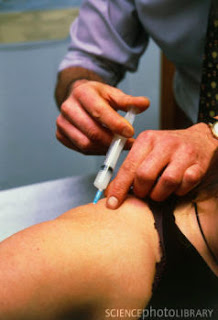 In all that time, I had learned to deal with pain, day and night - especially night. Now, I have always believed in the power of the mind. I know exactly what the power of positive thinking can do for me. I know my limits regarding my personal pain threshold and I know that more often than necessary my anxiety levels are higher than they should be. Nevertheless, what really impressed me more than anything else in that whole feat was what I had assessed pain to be.

A lot of people believe pain is a symptom. Others think it's all in the head. In my case, I treated the pain as if it were all in the head. Whenever I was busy at work, positive and focused, the pain didn't matter. Anger and disappointment as well as anxiety and bouts of depression fed my pain. I never took pain medication much, only when it really got to me. Most of the time, I processed the pain and managed to get over it, but it was a persistent, nagging pain, which only got worse when I used my arm in specific ways. Needless to say, I stopped using my arm to avoid the acute pain and dealt with the rest the best I could.

Unfortunately, after a long period of constant pain, my mind reached a point where it just wouldn't take the pain anymore. That's when I'd visit the doctor. It was my way of breaking the stress-anxiety-pain cycle. Yes, the injections hurt. For four days after the injections, I was numbed with pain. I found myself clenching my teeth and had to force myself to relax. Taking pain medication three times a day helped for the first two hours of the pain-filled eight. The rest of the time, I had to grit my teeth and bear it.

All in all, I've learned that modifying my thoughts and learning to relax really works. When I'm calm, I seem to function better. I'm able to cope with the pain and control it. My perception of pain has helped me a lot. Pain is subjective, and I've learned to respond to it well. I am grateful for the fact that I haven't become dependent on painkillers.

I've been successful through the power of positive thinking, which has made me marvel at how amazing the brain really is. It can do so much more than we realize. 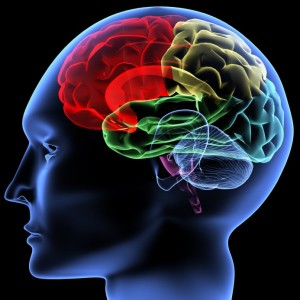 The purpose of life is not to be happy. It is to be useful, to be honourable, to be compassionate, to have it make some difference that yo...

Karin Erasmus Steyn
Limpopo, South Africa
I'm a retired high school teacher. I used to teach English for Grades 10 - 12. I've written the following novels: 1) Pop-In Jay Pomp (children), 2) Mareijke's Courage (adventure romance), 3) The 6th Commandment: Thou Shalt Not Kill (murder mystery), 4) The Power is Yours (teen motivation), 5) Through the Bark (teen fantasy), and 6) Implicitly (adventure romance). My motto in life is: You are what you constantly think. I live by these words. A person's thoughts have tremendous power: they can inspire, motivate, encourage, disillusion, and destroy. The art of thinking lies in the power of a positive attitude. This is the true weapon to success. I was diagnosed with peripheral neuropathy in 2019, which brought an end to my teaching career. I relocated to the Western Cape in 2022. I love the bushveld where I lived for more than 20 years, but I'm enjoying the change. I'm currently married to Nick Steyn (1988), and we have two children, Jana (1992) and Colin (1997).